The origins of Ely Museum can be traced back to 1849 when a local man, Marshall Fisher, opened his own museum in the gaol, whilst acting at the librarian for the Mechanics Institute, held in the gaol. Described as an “enthusiastic collector of a range of artefacts and natural history specimens who was also an amateur scientist”, Fisher curated his museum until his death at 92 years of age in 1899.

In the 20th century, Vernon Cross, a local baker, talented ventriloquist and curio collector, also housed a museum of his finds in the tea room and bakery he owned on Fore Hill, Ely.  Upon his death, Cross bequeathed a trust, inspired by his passion for the arts & his love of curious things, to support a museum in Ely.

In 1975, Ely Museum was opened in the Sacrist Gate, on the High Street, where it was run by a small team of dedicated volunteers led by local man, Dennis Adams.

Ely Museum moved into the Old Gaol in 1997, building a ground floor extension and new galleries throughout. It was opened by local archivist and historian, Mike Petty MBE.  Between 2019 and 2021, supported by the National Lottery Heritage Fund, Ely Museum underwent a £2.2m redevelopment of the exhibitions and building, including the addition of a second-floor extension and the restoration of many of its historic features. 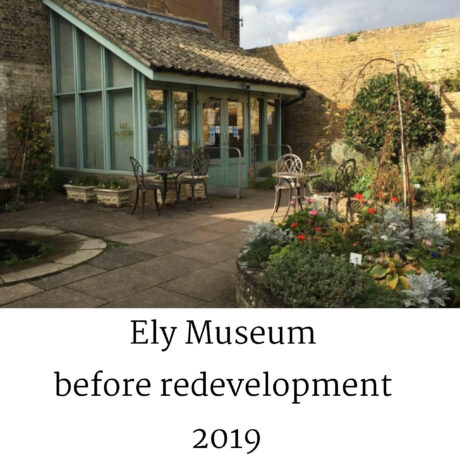