The earliest documentary reference to the Old Gaol building is from 1417, when a survey was carried out to settle a dispute over property ownership between a Bishop and Prior, though archaeological evidence suggests our building was originally built in the 13th Century. The tenant in 1417 was listed as Thomas Hakwrong, though unfortunately we don’t know more about him.

The building had various uses, and by the 17th Century, Bishop Peter Gunning, Bishop of Ely Cathedral between 1674 and 1684 , was tasked with tackling the issue of the former Bishop’s Gaol, previously in the Porta of the Cathedral, which had fallen into a state of disorder and disrepair.

With considerable authority to maintain law and order in Ely, Gunning purchased a private house on the corner of what we now know as Lynn Road and Market Street in 1679 and created the new gaol.  Following internal remodelling and an extension, including the addition of a walled exercise yard, this building became the new Bishop’s Gaol.

After visiting the gaol in 1836, the Inspector of Prisons found Ely Gaol to be ‘most inefficient’ and the gaoler, Benjamin Barlow to be ‘respectable, but old and physically incompetent’. In that same year, an Act was passed to extinguish the secular jurisdiction of archbishops, and so the gaol was closed and prisoners moved on to Cambridge County Prison. Sadly, prisoners were also kept in terrible conditions at Ely Gaol, which also contributed to its eventual closure.

While unfortunately there are no pictures of the gaol as it originally was, we can see many reminders of the prisoners who wiled away their time whilst in the gaol through the graffiti they left behind in the gaol Bishop Gunning commissioned.

In 1842, the Ely Mechanics Institute was established in the gaol which housed their meetings and their library. Their librarian, Mr Marshall Fisher, also lived in the building, and from 1849, Mr Fisher and another member, Mr Bard, kept their own museum in the building.

In 1904, many of the Diocesan records, which were originally stored in the tower of the Bishops Palace, now part of the King’s Ely campus, by Bishop Alcock, were transferred to the Old Gaol and a custodian moved into the building to care for them and to provide a reading room. These archives were stored at the Old Gaol until 1962 when they were moved to their current location at the Cambridge University Library.

From October 1973 until March 1974 the building was used as the headquarters of East Cambridgeshire District Council and by that summer, in July 1974, the first floor of the gaol was used by the City of Ely Council as office space with the cells used as storage rooms and the ground floor of the building used as the offices of the Registrar for births, deaths and marriages.

By 1995 the council had moved to new premises and plans were drawn up to move the museum from the High Street site, within the Sacrist Gate, to the gaol. 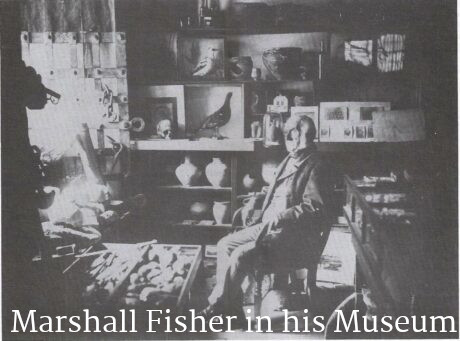